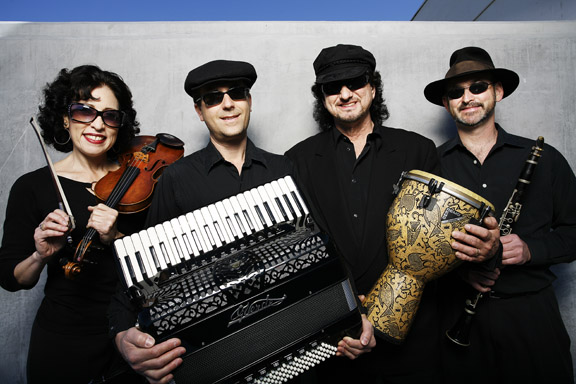 As the founder of Orange County Klezmers, Barry Friedland has been instrumental in bringing Eastern European music to these sunny Western shores.

The most concise definition would be simply Jewish instrumental music of Eastern Europe—Ukraine, Poland, Russia, Moldavia. It was primarily played at Jewish weddings and came over to this country in the early 1900s. Klezmer musicians were like a band of gypsies. They went around over the years and gathered different styles. There are influences from Greek and gypsy music. There is quite a bit of music in addition to klezmer on my website because we often have to play other musical styles. We may be doing a hora at a bar mitzvah, and the next minute we might be doing some Benny Goodman or Glen Miller. But most of the time, we are hired to do Jewish music.

Are there instruments specific to klezmer?

Back in the 1800s and before, violin was the primary instrument. Everyone had a violin in their closet, so that was the principal instrument for many years. Then it transferred over to the clarinet as the primary instrument. That is what you will hear nowadays. Those are the solo instruments, but every instrument has been used in klezmer bands. You name it, they have used it. Klezmer bands were very ad hoc. They would walk around from shtetl to shtetl—another word for village—and say, "Okay, we are going to do a gig. You pick up your guitar. You get your drum. You get your accordion, and let's go play some music." That is how it was done in those days. It was very spontaneous. It is not that way anymore. People have established groups. My group has four members. I play the accordion. The soloists are the clarinetist and violinist. And we have a percussionist.

It seems like the accordion is often the butt of jokes.

There are several jokes about the accordion. There is a Gary LarsonFar Sidecomic: "Welcome to Hell" is the caption, and as people are entering Hell, they are handed the accordion. And there is the other joke: "What do you call an accordionist with a pager?" And the answer is "an optimist". The accordion has never been the cool instrument to play. But I stayed with it and remember playing at the talent show in high school. I had kept it hidden. I blew everybody away. It was really exciting. And it was the classics. I don't play rock & roll on the accordion. People had never heard an instrument do what an accordion can do. It's a very versatile machine.

Are weddings and bar mitzvahs the kind of events you usually play?

Yes, those are the bread and butter. But we have done shows and various community events. For example, we played at the candle-lighting ceremony down in Ladera Ranch this past December. We played as people were lighting this giant candelabra called a menorah. We have performed at the annual Hanukkah show at the Orange County Performing Arts Center many times. We have performed at the Israeli fairs many times. We have done just a whole variety of things over the years.

The band name seems to embrace being from Orange County.

It is partially tradition that bands were named after their geographical location. That was one of the main reasons, tradition. It is sort of a conflict in terms, too. Orange County and klezmer do not seem to fit in the same sentence. However, now, I do not think people would bat an eyelash. It is kind of fitting that OC has evolved to the point where you have 20 or 30 synagogues, all different types—Orthodox, Hasidic, Reform. We have everything here, and we have a klezmer band. If somebody in the 1950's had predicted this, they would have been thought of as out of their mind. In New York City, you have a klezmer band on every corner, but not in California. It is neat to be one of the pioneers. 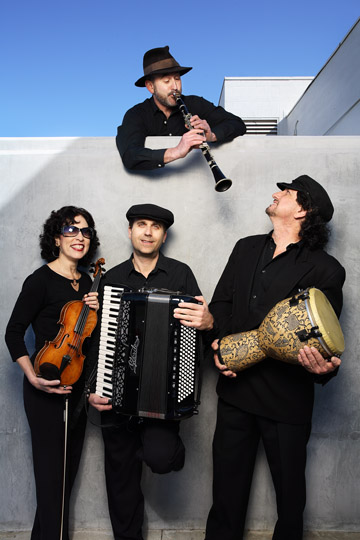